Short-horned lizards found in and around the badlands of western North Dakota are often referred to as “horned toads,” but they are reptiles, not amphibians. Their bodies are flat, wide and covered with protective horns and spikes. When pursued, they stop and flatten their bodies against the ground and virtually disappear. The horned lizard has a defense mechanism that allows it to squirt blood from the corners of its eyes. This mechanism, made possible by an ability to increase blood pressure in the head, is used when the lizard is threatened. Females give birth to live young, about 5-12, which are able to fend for themselves within a few hours of birth. They are found in sagebrush habitats, rocky or sparsely vegetated areas and subsist on a diet of ants, spiders and sowbugs. Short-horned lizards are active during the day. 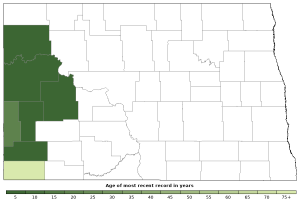 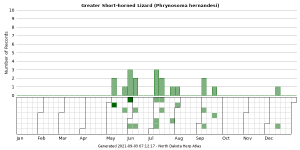 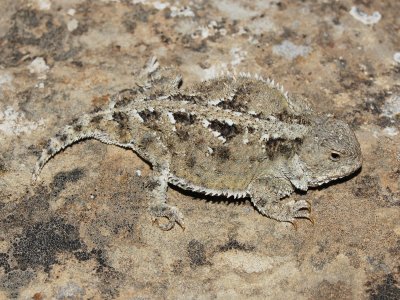 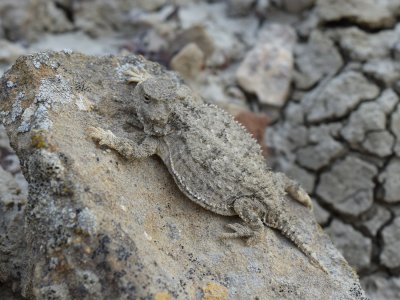 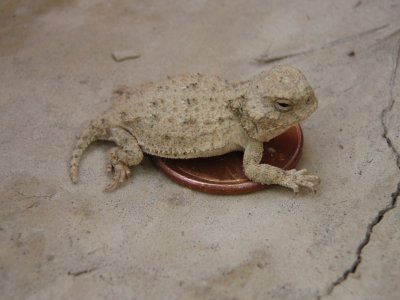 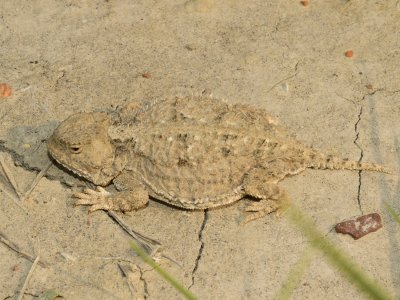 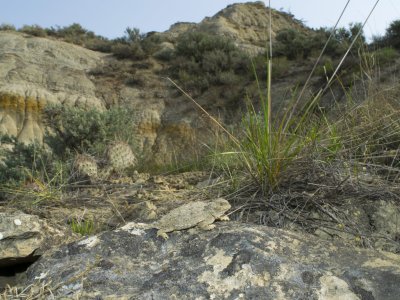