Description: 15 - 25 inches. Plains Hognose Snakes are brown or tan with darker blotches on the back and sides. The belly is mostly black, with occasional light patches. There is an upturned scale on the nose, which is said to look like the front of a hog's nose.

Similar Species: At first glance prairie rattlesnakes may look similar in color and pattern, but plains hog-nosed snakes lack a rattle and have a distinct upturn snout.

Comments: Plains hog-nosed snakes are most often encountered in sandy habitats along rivers, and in the bandlands. 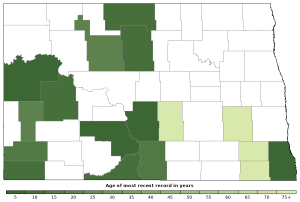 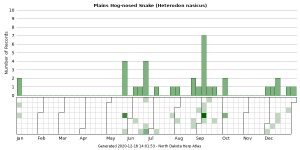 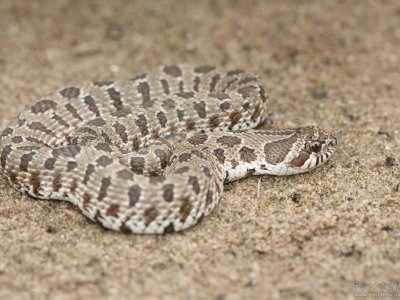